Biodiesel for the Underground Mining Sector

Because of the emissions characteristics of biodiesel, MSHA has been actively involved in conducting emissions sampling from underground mining equipment & machinery using standard diesel (D2) and high-level biodiesel blends (B99, B100). MHSA sampling in a number of underground metal and non-metal mines has found significant reductions in effective carbon levels occur with increased biodiesel blend levels, as can be seen in the figures below containing MHSA data from two separate underground mines. 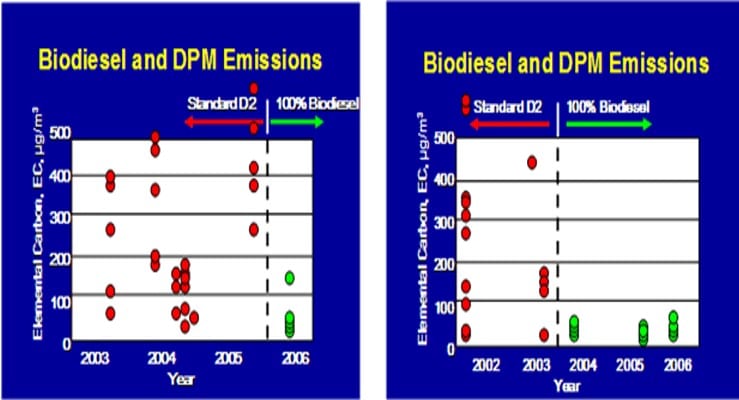 The MHSA has endorsed biodiesel primarily as a means of reducing total and elemental carbon levels in underground mines and meeting the required exposure limits. But using Biodiesel in the underground mining sector comes with a number of other important benefits, including: State-level incentives: Some U.S. states offer incentives such as an exemption from the diesel fuel tax. Price Advantage: Biodiesel can be priced lower than traditional diesel in locations where Biodiesel terminals are present. Diesel engine maintenance: Biodiesel offers much greater lubricity than standard diesel fuel, and can act as a cleaning agent for pumps and injectors, helping lower recurring OPEX for mine operators. Low flammability: Biodiesel is safer to use in underground mines due to its higher flashpoint (266°F) compared to standard diesel.

According to the National Institute for Occupational Safety and Health (NIOSH), in 2015 there were a total of 13,294 active mining operations in the United States, at least 657 of which were underground. The organization estimates that the total number of employees working at underground locations was 43,747. 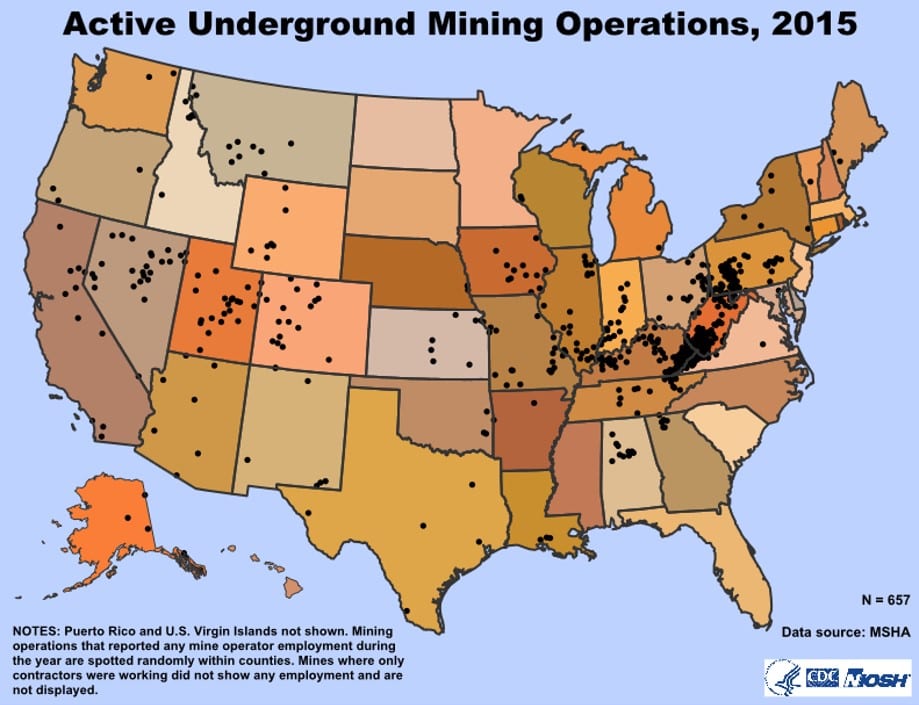 The Targray Biofuels Division is one of the largest and fastest-growing biodiesel suppliers in the United States. A certified BQ-9000 Biodiesel Marketer since 2014, The company supplies high-level blends of biodiesel to fuel retailers and distributors across several U.S states. It is committed to providing customers with innovative business solutions aimed at maximizing profits and growth, and meeting specific blending and emissions requirements while helping create a more sustainable economy for future generations.