Montreal, Quebec – Andrew Richardson, President of international renewables commodity company Targray, has been announced as the winner of the Quebec 2016 EY Entrepreneur of the Year award in the manufacturing category. In his role as President, Richardson has led Targray’s evolution from a 19 million US$ optical disc material distributor to one of the fastest-growing suppliers of biodiesel fuel, solar PV materials and battery materials in the world, with total revenues of 305 million US$ in 2015. The award marks the latest achievement in Targray’s rich company history, dating back to 1987 when Richardson’s father Thomas first established the company out of his family home in Beaconsfield, Quebec, Canada.

About EY Entrepreneur Of The Year™

EY Entrepreneur Of The Year is the world’s most prestigious business award for entrepreneurs. The unique award makes a difference through the way it encourages entrepreneurial activity among those with potential, and recognizes the contribution of people who inspire others with their vision, leadership and achievement. As the first and only truly global award of its kind, EY Entrepreneur Of The Year celebrates those who are building and leading successful, growing and dynamic businesses, recognizing them through regional, national and global awards programs in more than 145 cities in 60 countries.

Targray is a leading international supplier of biofuels and advanced materials for Lithium-ion Battery, Optical Media, and Solar PV manufacturing and research. The company leverages its 29 years of experience in supply chain management to bring global resources together and create value for its customers and partners in manufacturing, R&D, distribution and global trade. 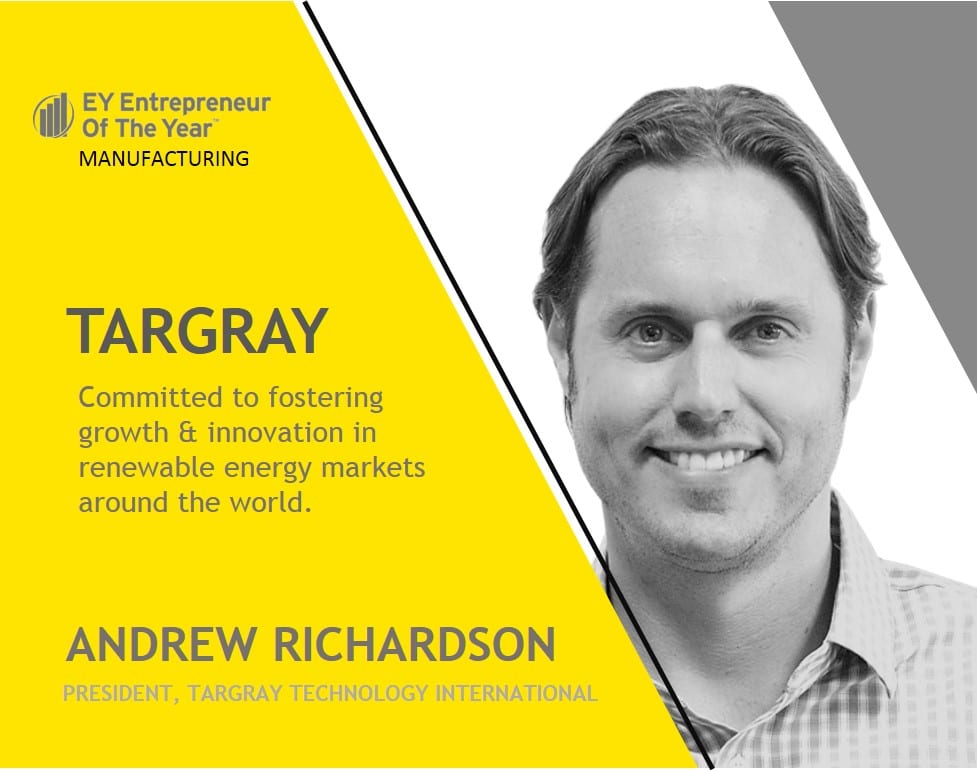